The social deduction game in which Everybunny has a secret. Who do you trust to keep the town safe?
Vote which players you’ll send on guard to protect the town from wolves each night, But beware – some of your fellow townsfolk have been acting strangely. Is it their secret quirks, or might they be Werebunnies helping take down your defenses from within?

Trust No Bunny is a 5-8 player digital social deduction mission game for fans of Avalon, Werewolf, or Among Us. Players are divided into two teams, Townsfolk and Werebunnies, each with their own Quirks, Magic Items, and Mutations that influence how they will play the game. Each player gains cards they can use to defend or destroy the town, and over five rounds, players vote who will go on guard and use those cards against the incoming wolf attacks. Those who do not guard and stay in town will choose from a variety of actions, gaining extra cards or vital intel.

FOR THE MOST UP TO DATE RULES, BE SURE TO CHECK OUT THE 📜│patchys-notes CHANNEL IN THE FRIENDLY PIXEL DISCORD!

The game ends and the Werebunnies win if, at the end of any round, the defenses—the Wall and the Tower – drop to zero. The Townsfolk win if they manage to defend the town through to the final night with at least 1 point of defense remaining. The Townsfolk can also win if at any time they unanimously Accuse the correct two players of being Werebunnies.

If the total number of wolves ever exceeds 35, the game ends immediately with a Werebunny victory.

Each night, the defenses are attacked by the wolves lurking in the forest surrounding the town.


Each night, the defenses are attacked by the wolves lurking in the forest surrounding the town. True Townsfolk will try to bolster the defenses with cards that are worth 1, 2, 3, or 4 points. Meanwhile, the Werebunnies will secretly use those same cards to weaken the defenses instead! All players start the game with three cards in hand, and can gain more over the course of the game (see the next section); both Townsfolk and Werebunnies can play as many cards as they want on a single night on guard, but must consider if they want to save cards for later nights as well.


Some other things to keep in mind:


Example: The Wall had 3 HP. The Town was attacked by ten wolves tonight. Three townsfolk are guarding the town. Unfortunately, one of these guards is a Werebunny. The two Townsfolk play cards to protect the town - a 3, 3 and 1 - for a total of 7. The third player, the Werebunny, plays nothing. 7 wolves are stopped but three wolves attack the walls. The walls only have 3 HP left. The Wall falls and now the Town only has the Tower to protect them.

There are a variety of ways to gain – and lose – cards.

Each time you stay at home, no matter what action you take, you will gain one card at the end of the night. You can also gain cards at home by: 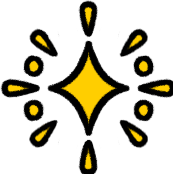 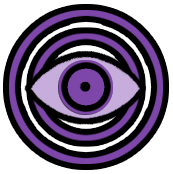 NOTE: There is no limit to how many players can Bless you (so you can gain multiple cards this way); and remember that Blessing also works on Werebunnies, who you definitely do not want to get more cards!

Werebunnies have the extra, powerful, option to Sabotage each night that they are at home. They can pick any player (even the same player together!), regardless of whether that player is at home or on guard at the Tower, and try to guess that player’s Quirk. If the Werebunny is correct, then that player will lose their Item at the end of the night, and both Werebunnies will gain an additional card! Choose carefully when to Sabotage, however – the Sabotaged player will be notified if you’re successful, and know that you were at home that night with them.

No two Townsfolk and no two Werebunnies are exactly alike! At the start of the game each Townsfolk player will be assigned a Quirk and then choose from one of two Magic Items which provide special abilities or benefits. Werebunnies will also get a Item, but instead of a Quirk, they’ll receive a Mutation – a powerful Werebunny-only ability that will help them in their mission to take down the town!

NOTE: While it’s fine to both share your Item (to coordinate its benefits with other players) or keep it to yourself initially (in order to use an ability to expose liars later), you definitely want to keep your Quirk a secret as long as you can! While it may be helpful for other Townsfolk to know, a Werebunny can use that knowledge to Hunt you. Be careful who and when you tell your Quirk!

Quirks are attributes that Townsfolk have that affect their ability to play or win the game. A townsfolk must meet the requirements of their Quirk to be considered a winner at the end of the game. In other words – if the game ends in a Townsfolk victory and you have not completed your Quirk, you are not invited to the party!

There are three Quirks, and you have an equal chance of being assigned any of them at the start of each game. This could mean that even in an eight player game you may end up with every Townsfolk having the same Quirk. 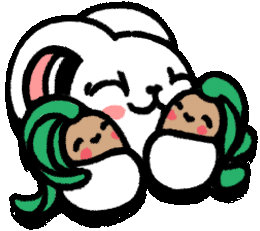 Win: Have more points of cards than all non-greedy Townsfolk players in hand at the end of the game to win. 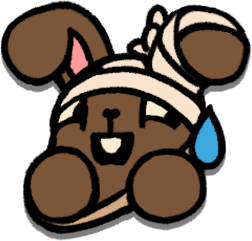 Win: You must go on guard at least twice.

While on guard, if you contribute the most total number of points, you lose between 2 and 4 points from your total. 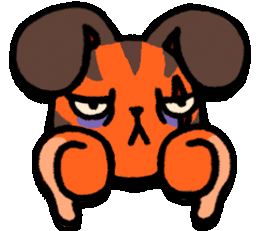 Win: You must vote no at least twice.

A note on Quirks: If the game ends on turn 4 because the walls have not fallen or if the game ends with a correct accuse then all townsfolk players win irrespective of if you have met the Quirks conditions or not! Everyone wins!

Items offer benefits and abilities that, if used well, give Townsfolk and Werebunnies advantages in the game: revealing more information, gaining more cards, or helping you protect the town more effectively.

There are five Items, and you have an equal chance of being offered any of them at the start – with the exception of the Mystical Recipe, which is much more rare, and can only appear up to one time at the start of every game.

NOTE: Werebunnies might not have as much direct use for their item as a Townsfolk would, but can still use it to gain the trust of other players – or even lie about what happened during the nightly events. 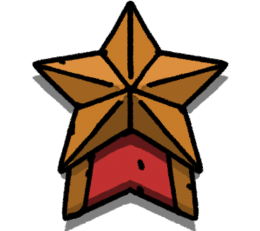 When on guard, the player(s) who play(s) the most defensive points receive(s) an additional card at the end of the night. 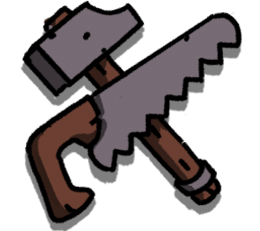 While on guard, every set of three 1-point cards the guards play together will add another 5 points of defense. 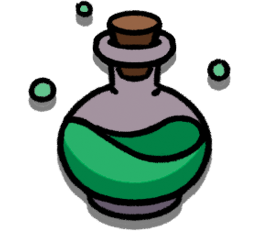 While on guard, if a straight is played (1,2,3,4) then all players on guard draw a card at the end of the night. (Triggers Once) 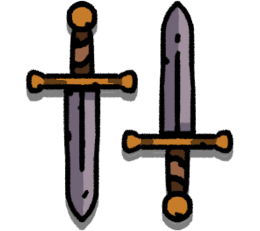 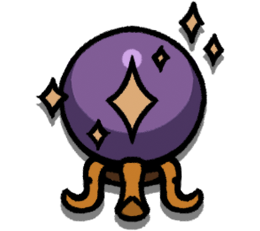 While at home, select a player on guard to find out how many defensive cards they played to defend the town that night.

When on guard, at the end of the night, you know which Guards(s) played the most defensive cards.

Candle of the Holy Carrot

When you bless another player they always receive a 4. 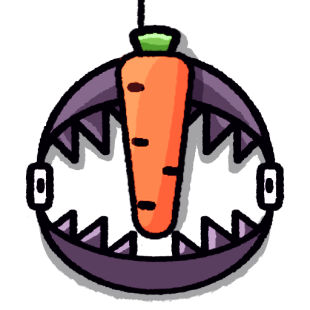 If a Werebunny misses when they try to Sabotage you, the following morning, you get a random card from their hand.

Note : The Mystical Recipe and Medallion appear for one player only. All other items can be taken by multiple players. 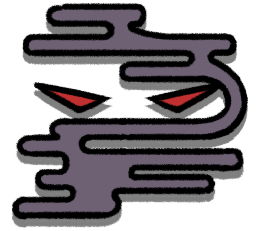 When you are Blessed by a Townsfolk, gain two cards instead of one. 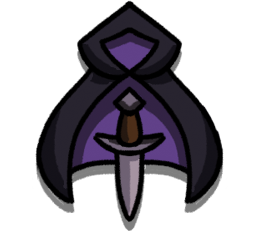 Play a pair from town. Damage the defenses for half the amount of points plus the number of guards for that night. 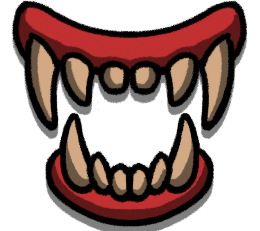 While on guard, increase your damage by another 3 points for EACH night the defenses have been previously damaged.

Numbers and Stats - For those who want to delve deep and win big!

Warning: These numbers are being changed and tweaked as we develop the game.

Before you start a game you can choose the speed of the game. The timer lets you choose how long you would like debates over who the werebunnies are and what cards you are going to play will last.

The following things will happen if the timer runs out:

While the mayor is choosing who will guard:
Everyone will vote no but this will have no effect on the wolf count. The Mayor will pass to the next player.

While people are voting:
Everyone who has not voted yet will vote in the positive.

When you are at home at night:
You will take no action but still draw one card as normal at the end of the night.

Telling other players your Quirk or Magic Item can be helpful for coordinating an efficient defense, but it can also be dangerous to give the Werebunnies more info on how to play around you – or play you against one another! Waiting to reveal is sometimes a smart move – see if you can gain information that will help you be more effective before sharing your plan of action!

Managing the “card economy” is key to doing well. The less cards you use to successfully defend (or drop the defenses to 0), the better! That might mean letting a Wall with 1 point of defense left fall, rather than spending cards to save it; and it might mean playing an extra card or two to stop the Wall from falling early!

Try to get as close as possible to the number of wolves, but beware – your fellow players are likely not always honest about the actual amount of points they’re contributing. In this game, you’re not just trying to guess who’s the bad bunny, but who you can rely on to play their cards.

Destroying the Wall fast is critical for the Werebunny players! Leave it too late and you may not have enough rounds to make the stronger Tower fall. However – doing a lot of damage early will expose at least one Werebunny, so you’ll need to coordinate together to ensure both of you aren’t identified and prevented from ever going back on guard to finish the job.